The Future of PRINT MEDIA

The Future of PRINT MEDIA

Before we get to the future of print media –

What is Print Media?

Print media, in the most simplest of terms can be defined appropriately as a mass communication that utilizes the printed form of publications such as newspapers, pamphlets, comics or magazines. The print media largely comprises of newspapers, wire services, newsletters, magazines and other printed publications.

These publications have broadly two fields to work on: Reporting and Editing. Reporters are the people who are present on the scene and provide a firsthand account of the newsworthy events and those who investigate in suspicious, interesting stories, basically Reporters are the eyes on the field.

Editors are the ones who assign different stories to the reporters, then edit their recounted logs and ensure that they are readable and are appealing to their readers.

You must have read about in your History books, how much the print media was helpful in your very own Independence struggle. However, since the rise of technology, there has been various claims made on the future of Print Media.

What are the Different Types of Print Media?

There are several different types of print media, depending upon a number of different variables such as the number of people you want to reach and so on. They are the following.

But why is Print Media being claimed to have a short lifetime in the Future?

Ever since the rise of technology, it has become easier to spread your message to the common mass using social media and also advertise in a more appealing way, both of which once were Print Media’s primary advantages apart from how cost-effective it was to mass communicate using Print Media.

However, since the rise of technology, it’s being expensive to opt for print media. Apart from these, there are other hassles involved such as bringing content into one single place, editing etc. This creates a clutter which isn’t easy to navigate.

Also, sometimes the message you are trying to broadcast gets lost amongst the competition. Also errors are almost impossible to correct once the article has been printed and published. This result in a slow updation rate compared to visual media.

So, the Future of Print Media?

The role of Print Media has seen wide-scale shift over the past decade or so, ever since digitization has seen wide-spread application. Part of the decline is simply due to technological advancement in the recent years.

Ever since the invention of radio, the subscriber base of Print Media has witnessed a slow, but steady decline. The rate of decline had increased with Televisions airing 24-hour cable news.

But perhaps the biggest enemy that Print Media faces today is without a doubt, the Internet. Internet, essentially puts everything at your fingerprints, be it news, articles you are interested in and much more.

It’s true that news is now primarily available online and most of the major media conglomerates have made radical changes in their business models to ensure that they can fullfill their customer’s demand of more digital content.

But this has left companies that have relied primarily on print media such as newspapers, billboards to market their campaigns and spread words about their services, hanging in the midst of a possible decline of the print media entirely.

Print media hasn’t become complete obsolete and defunct yet, but there’s no doubt that its future hangs by a thread. Although still prevalent in 2018, businesses and marketers will surely feel the need to discuss their print media strategy and decide whether continue with it or do away with it completely.

Having said that, there are still a few niches that print media still holds a grip on. While the digital medium has become a juggernaut, print offers fresh new ways to showcase your creativity and connect with the audience. Glossy magazines, published on trendy topics still have a large reader base.

The Local Businesses that had grown with the help of print media, still will keep investing in Print Media, since their main focus is the hyper-local markets. In Markets, such as India, there is still huge potential in print media, since the digital market hasn’t yet invaded the tier-3 cities and the villages completely.

However, the fact cannot be denied that, no matter how efficient the production, paper for the print media comes from trees, which are undoubtedly an important resource for the planet. Eventually, paper will become cost-prohibitive ensuring the decline of print media.

Even the bills are paid online now. Letters are being replaced by Emails.

There might be a way Print Media can stay relevant. A synthesis between the Print Media and the Digital Market using technologies such as AR/VR, NFC, Image Recognition. Print Media will need to complement and encourage digital interactions.

Do you think Print Media still holds a future?

Top 10 Reasons Why BLOGGING Is Beneficial For Businesses And Marketing

Tanay Jhahttps://www.bridgingpointsmedia.com/
Tanay Jha
Previous Post
Top 10 SEO Tips To Drive More Traffic To Your Website
Next Post
What is Google AdSense and How to Apply for it? [Complete AdSense Guide]

Print Ads: Powerful Print Media Campaigns of the past decade

You are my aspiration, I own few blogs and infrequently run out from post :). “Actions lie louder than words.” by Carolyn Wells. 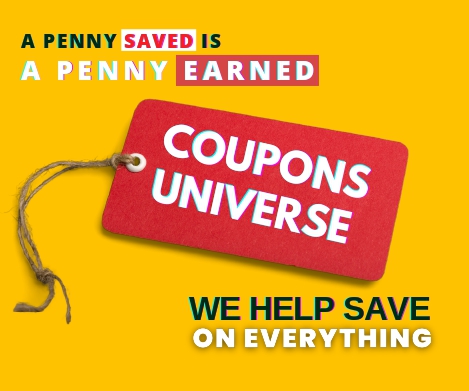